THC Free Broad Spectrum Oil contains all the original cannabinoids and compounds such as terpenes, flavonoids, proteins, fiber, vitamins, chlorophyll, and minerals found in the natural hemp plant, except for THC. This type of oil is best for those looking to experience the effects of full spectrum products, but who would like to avoid any traces of THC.

All THC has been remediated from Blacklands Botanicals THC Free Broad Spectrum tinctures. 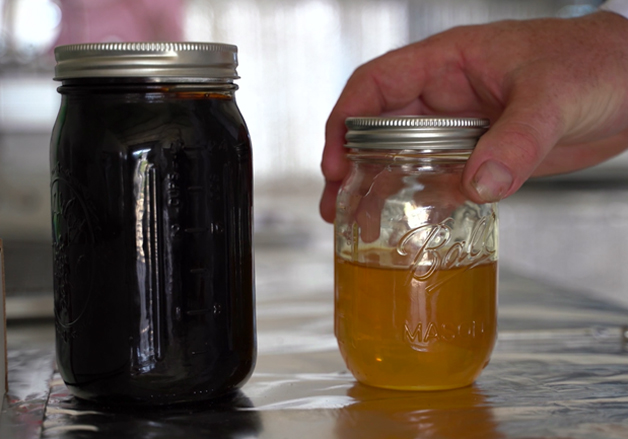 While those looking for a THC Free option may be tempted to turn to isolate products, they would be missing out on the benefits of the various terpenes and cannabinoids, beyond just CBD. 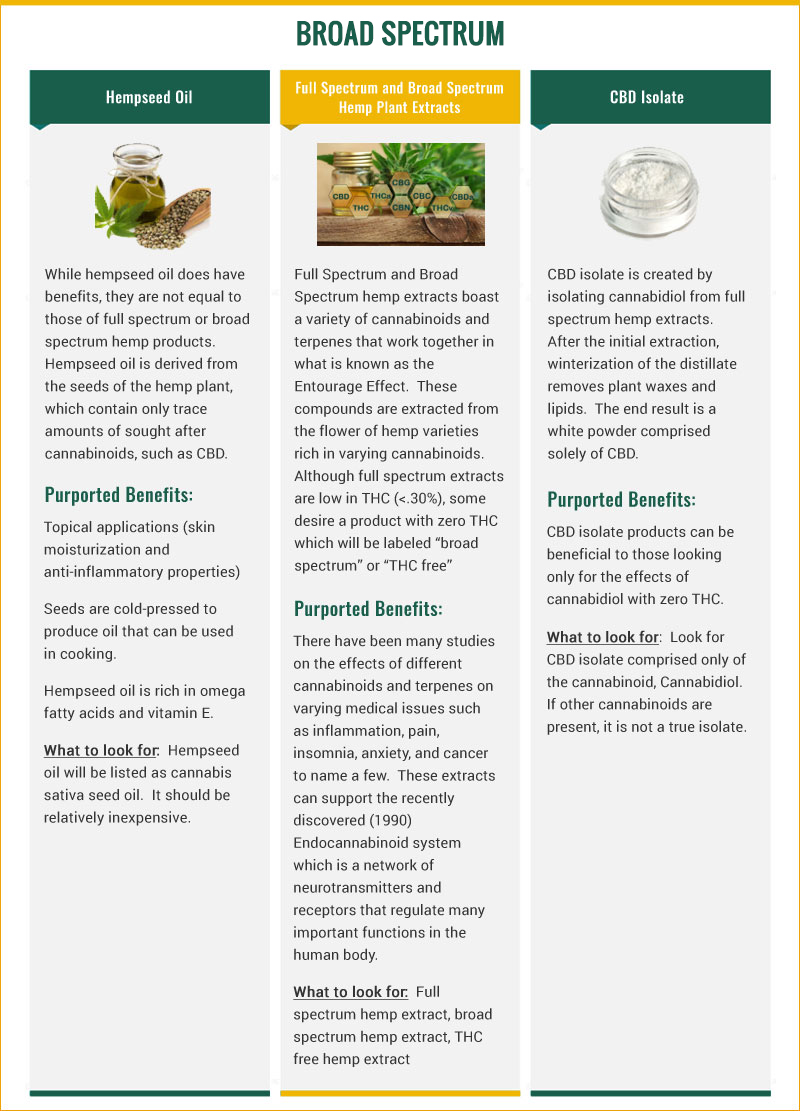 Why are terpenes important?

The most abundant terpenes found in our broad spectrum THC free CBD tinctures are Myrcene, Pinene, Humulene, Linalool, and Caryophyllene.These terpenes, when combined naturally with varying cannabinoids, contribute to the Entourage Effect. 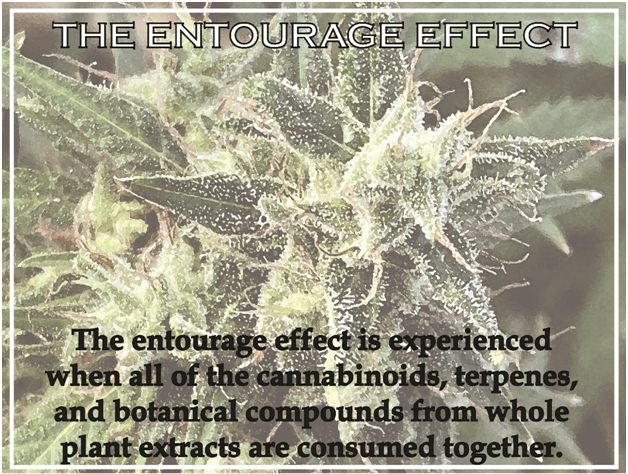 Myrcene, which has an earthy aroma and fruity undertones, has been shown to reduce pain and increase muscle relaxation and has a mild sedative effect. It has also studied its cytotoxic effects against several cancers, including breast, cervical, and colon cancers, Leukemia, and adenocarcinoma.

Pinene has been studied as a powerful bronchodilator and may benefit those suffering from asthma and seasonal allergies. It has shown anti-inflammatory, antimicrobial, and bactericidal effects. Anti-cancer and tumor growth suppression has been researched. Pinene, also found in pine trees, has a refreshing pine scent.

Humulene has shown anti-inflammatory and anti-cancer effects. It is commonly found in hops and ginger

Linalool is known for its calming effects and also been shown to reduce aggression and anxiety. Linalool, commonly found in lavender, gives our tinctures a subtle floral aroma.

Caryophyllene with its spicy, woody aroma has anti-inflammatory and pain relief properties as demonstrated by several research studies.

Another common terpene is Terpinolene which is found in hemp as well as lilacs, nutmeg, and cumin. It has been studied for anti-inflammatory, sedative, and antioxidant effects. 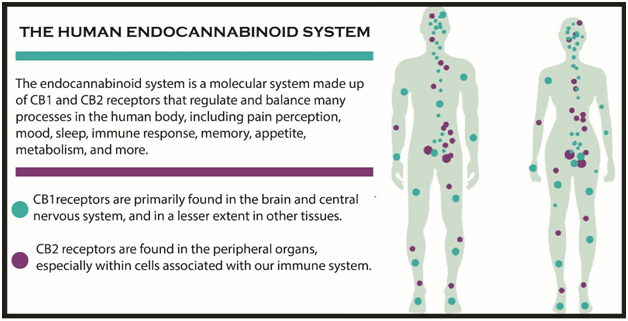 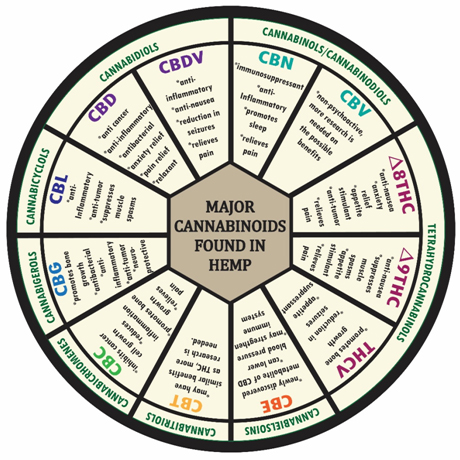 Cannabidiol (CBD), which has been studied for its neuroprotectant, anti-inflammatory, antioxidant, and anti-seizure effectsis the most abundant cannabinoid in our Berry Blossom, The Wife, Cherry, and Abacus hemp varieties. 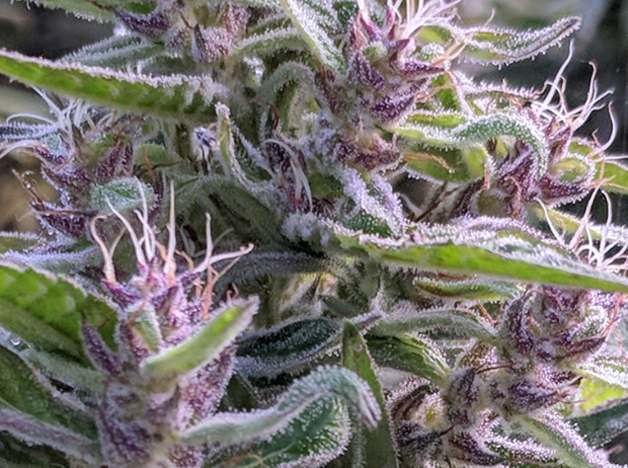 Cannabigerol (CBG), has been researched for neuroprotectant, antioxidant, anti-inflammatory, antibacterial, antifungal, antidepressant, and anti-anxiety properties, is plentiful in our Black Label CBG variety. 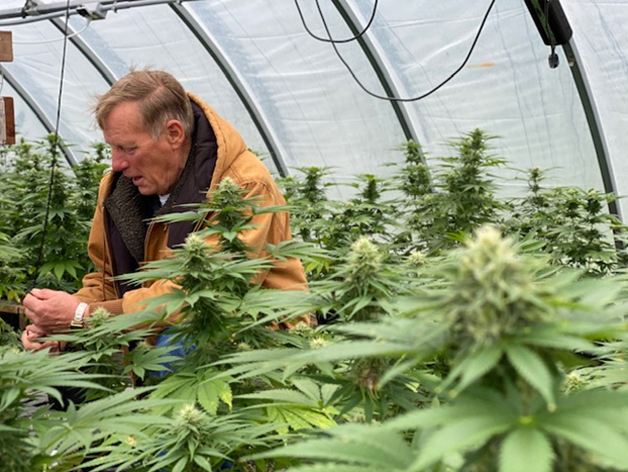 Cannabichromene (CBC) is a lesser known non-psychoactive cannabinoid. Studies have shown that it can decrease pain perception, reduce inflammation, regulate gastric motility, and act as a neuroprotectant. 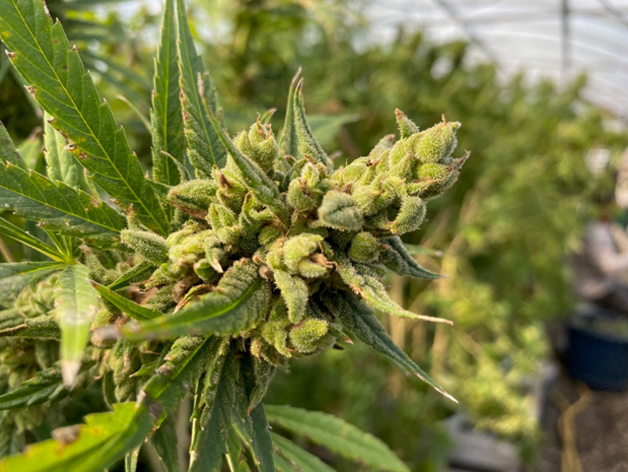 Cannabidivarin (CBD-V) is similar in structure to CBD and is most abundant in hemp varieties that are also high in CBD. Research has shown reduction in nausea and inflammation and the frequency and severity of seizures. It has also been studied as a possible treatment for autism, showing promise for both cognitive and behavioral issues. 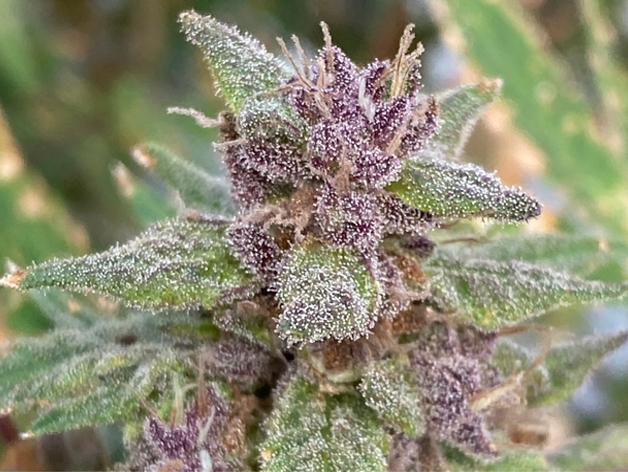 Although highly unusual, as seen in the linked study, people have failed drug tests while consuming THC free hemp products.

As confirmed by independent third party labs, our Broad Spectrum THC Free Hemp Extracts contain no detectable amount of THC. Although naturally present in minute amounts in industrial hemp plants (<.30% THC), it has been remediated from our CBD oil.

*In this study, 1 out of 218 tested after consuming THC free products experienced a positive result. This could be attributed to the fact that approximately 5-10% of all drug tests produce false positive results.